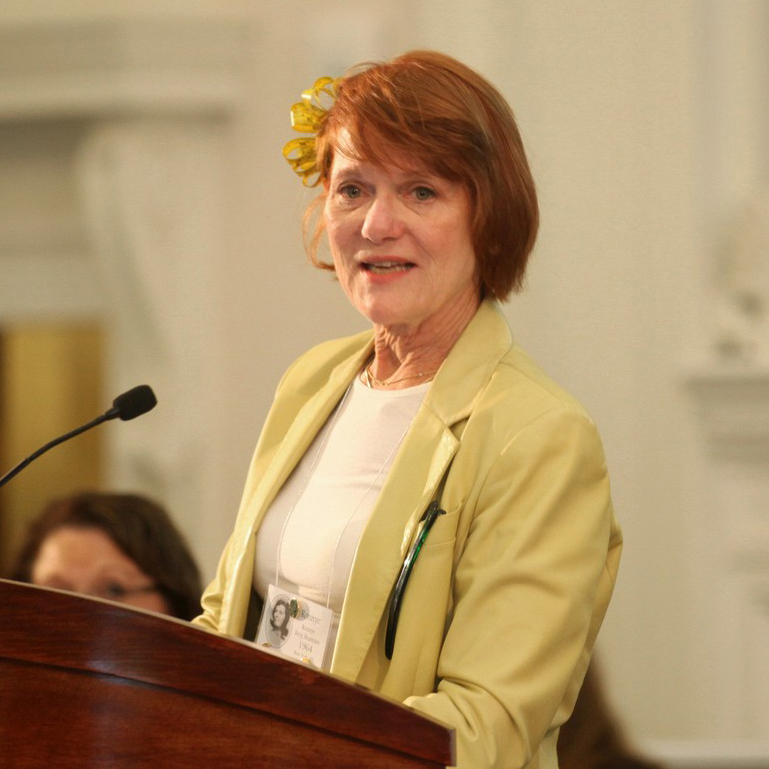 Ronnye Berg Shamam ’64 taught in upstate New York and Puerto Rico before she founded Shamron Mills, which manufactures garments and textiles for linen supply companies, health care and other institutional settings, and heavy industry. “Sage prepared me for all things that came my way,” said the Troy, New York, native. “I received my degree in Spanish and secondary education. Go figure that I’d be sitting here, an entrepreneur in Manhattan’s Garment District!”

While she now lives in New York City, Ronnye is excited that the Centennial Campaign for Sage will help her beloved alma mater raise its profile in concert with her beloved hometown. She referred to a March New York Times travel-section article touting Troy’s highlights: “People were calling to congratulate me because I’ve been talking up Troy and Sage for so long,” she said.

“Every person who earns a Sage degree knows and values that Russell Sage College is part of their educational DNA,” said Ronnye, acknowledging the Albany campus and the graduate, adult education and online programs that evolved from Russell Sage College for women. The Centennial Campaign for Sage unites all alumni and is a perfect opportunity for MORE graduates to get MORE involved, she said. This in turn, would exponentially extend the colleges’ reach in its second century.

Ronnye volunteers for Sage alongside Albany campus, evening and graduate school alumni and welcomes their increasing involvement. She is co-chair of the Centennial Campaign for Sage, a role she called an “awesome honor.” She is a trustee of The Sage Colleges; chairs the Sage Fund for Excellence; served on the Russell Sage College Alumnae Association board of directors; often hosts gatherings for New York City-area alumni and current and prospective students; endowed a scholarship for Troy residents and is a member of the Sage Ring legacy society, for those who include Sage in their estate plans. An arts lover, she regularly attends performances at The Theatre Institute at Sage on the Russell Sage College campus in Troy and visits the Opalka Gallery and Little Gallery at Sage College of Albany.  In 2014, the Russell Sage College Alumnae Association bestowed its highest honor, the Doris L. Crockett Medal, on Ronnye, for her commitment to the college.