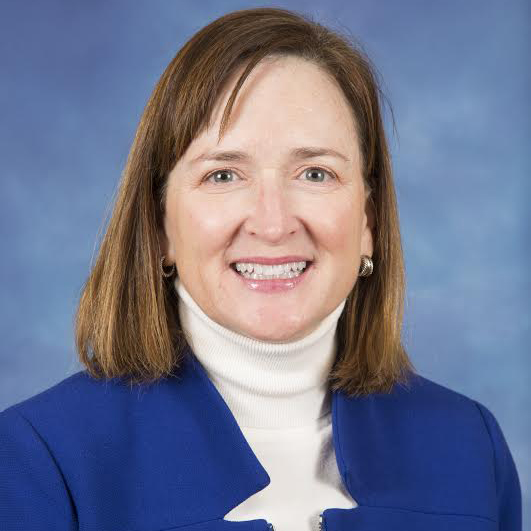 A Second Home at Russell Sage

Like family traditions, Russell Sage traditions exert a strong pull, said Ann Marie Paulhus Iwanicki. She graduated with a business degree and went on to live and work in Boston; Chattanooga, Tennessee; and Tampa, Florida, where she is now a business owner and represents a premier women’s-clothing line. She said that throughout her moves and career changes, Russell Sage College has been a second home that she returns to – to reunite with old friends and to reenergize for personal and professional pursuits (often, by interacting with the up-and-coming alumnae studying on campus today!)

As a student, Annie immersed herself in college life. She competed on the tennis team for a season and was Rally chair, an Admissions tour guide, and a member of student government, Sage Circle and the yearbook staff. She’s remained involved as an alumna: She’s been a class agent for the Class of 1986 since graduation; has served on the Russell Sage College Alumnae Association executive board since 2000 and was recently installed as its president; and is now a regional co-chair of the Centennial Campaign for Sage.

Annie understands that it can be hard for alumnae at a distance to stay plugged in to the energy on campus – that’s one of the reasons she is so passionate about her work on behalf of the alumnae association and the Centennial Campaign for Sage.

“Because I get back to campus so often, I can be that personal connection to Russell Sage for alumnae who aren’t able to return on a regular basis. I love picking up the phone, meeting alumnae at events and sharing on social media to spread Russell Sage’s story,” she said. Lately, she’s been talking up the people and places that inspired her own leadership gift to the Centennial Campaign – the ambitious young women who, like Annie herself, can attend Russell Sage thanks to donor-supported financial aid, and impressive campus improvements like the new Shea Learning Center.

Annie asks you to help keep the momentum going. Make a gift to the Centennial Campaign for Sage, encourage faraway Sage friends to do the same, and then stay involved! There are MORE opportunities than ever to connect with Russell Sage – virtually, on campus or at events around the country – during the Centennial celebration!